The project is “the business of setting and operation of a mega-solar power plant in the Kisozaki reclaimed land” using approximately 78ha of the area offered by Mie Prefecture and Aichi Prefecture in 2012. Marubeni proposed planning, and was selected in November, 2012. Marubeni signed a basic agreement with Mie Prefecture and Aichi Prefecture in May 2013, broke ground in July, and started commercial operation today.
In response to the start of commercial operation, the completion ceremony is scheduled to be held on February 3, 2015.

Marubeni has eight domestic mega-power projects (14 power plants) in addition to this project and a gross power output of about 200MW. Marubeni is determined to further spread utilization of renewable energy such as offshore wind power, geothermal power and small/medium-scale hydropower generation to meet social demand for the reduction of environmental impact. 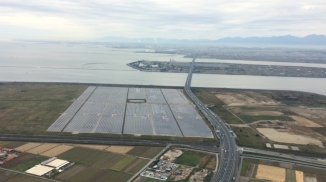 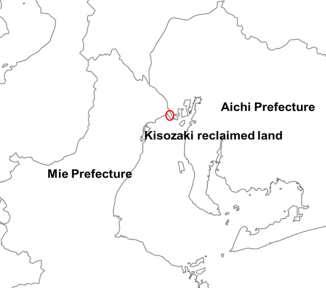