Since its founding in 1858, Marubeni has, through its textiles business, collected and preserved antique textiles (such as kimonos, sashes, and fukusa) primarily from the Edo Period and textile designs. The Marubeni Collection comprises these, as well as Western style paintings acquired through the company’s art business in the 1960s-70s, and modern Japanese paintings acquired from the original artists themselves or through art dealers as a result of contacts developed with the member artists of the textile design study group and other artists over the years.

The concept behind the Marubeni Gallery is, “a space where the aesthetics of the East and West in ancient and modern times resonate with each other”. We will feature pieces from the Marubeni Collection in various themes at the Gallery.
Moving forward, we will hold exhibitions roughly three times a year, and in fall of 2022, we are planning on exhibiting La Bella Simonetta by Italian Renaissance painter Sandro Botticelli, one of the most prominent paintings of the Marubeni Collection.

Marubeni, by running this gallery, we will contribute to the promotion of art and culture by taking advantage of the location of the gallery, which is the center of Tokyo’s business district and also has the beautiful greenery of the Imperial Palace and many museums. 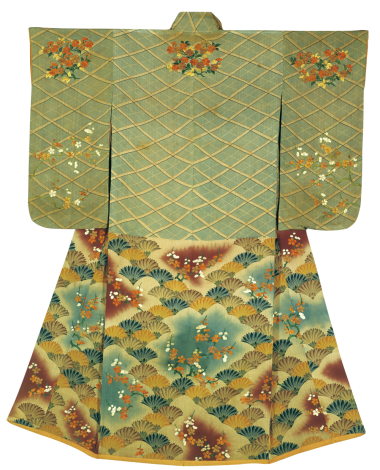 ＜About Opening Exhibition I: “The Echoes of Modern Art between Japan and France”＞
This first exhibition will feature 19th-century realist landscapes, with works by such French masters of modern painting as Renoir, Redon, and Vlaminck, as well as the Japanese Western-style painters who were greatly influenced by them, including Umehara Ryuzaburo, Fujishima Takeji, and Okada Saburosuke. This exhibition will highlight the resonance between Japan and France through artistic exchange in modern painting.

About the Gallery Director:
Sugiura Tsutomu
After joining Marubeni-Iida Corporation, he was engaged in the art business at the Fine Arts Section of Marubeni Corporation and then at Palace Art Gallery for about 8 years. Later, he held various positions in Marubeni Corporation, including General Manager of the Economic Research & Information Section (at the time). In April 1996, he was seconded to the Maison de la Culture du Japon in Paris, and from April 1997 to March 1999, he served as Director of Cultural Activities. After that, he served as Deputy General Manager of the Economic Research Department and Deputy General Manager of the Regional Coordination & Administration Department, after which he became Director of the Economic Research Institute in January 2001, and has been an advisor to the Institute since April 2006. Sugiura also worked as an art curator of the Marubeni Collection from January 1988 to May 2009. Since October 2007, he has been the Chairman of the EU Technical Committee of the Market Committee of the Japan Foreign Trade Council (JETRO) and a member of the EU-Japan Economic Integration Agreement (EIA) Review Task Force. While Director of the Economic Research Institute, he advocated, through conferences, newspapers, magazines, and books in Japan and overseas, the importance of culture as a soft power for companies and nations.  From June 2009 to March 2013, he was Ambassador of Japan to Burkina Faso, and from January 2016 to March 2020, he again served as President of the Maison de la Culture du Japon in Paris. He assumed his current position in April 2020.