The Project, which is Marubeni’s first in Jiaxing, is a development and sales project mainly consisting of mid-to-high-rise condominiums. Marubeni will take part in the project by acquiring a portion of the shares of a project company which Strongtree Group owns.

The expansion of transportation infrastructure, such as expressway networks and intercity railway networks, are progressing in the Chang Jiang delta economic area, which is composed of Shanghai (the largest economic area in China) and its surrounding cities. These infrastructural improvements lead to the reduction of travel time, the mitigation of information disparity, and the diffusion of e-commerce; in the overall context of these developments, housing demand in the surrounding cities of the Chang Jiang delta economic area is increasing.

With a population of approximately 4.6 million, and a strategic location in the middle of major cities such as Shanghai, Suzhou, and Hangzhou, Jiaxing is especially attracting attention as a logistics and industrial hub that is seeing an influx of foreign companies and population in recent years.

Additionally, the introduction of an interoperable IC card, which can be used for both medical and transportation purposes, number portability, and other such public services have been implemented to expand transportation between Shanghai and Jiaxing; an increasing number of consumers from Shanghai are purchasing housing properties in Jiaxing from which they can commute to Shanghai in approximately 30 minutes by high-speed railway. The growth of housing demand is therefore expected to continue in Jiaxing. 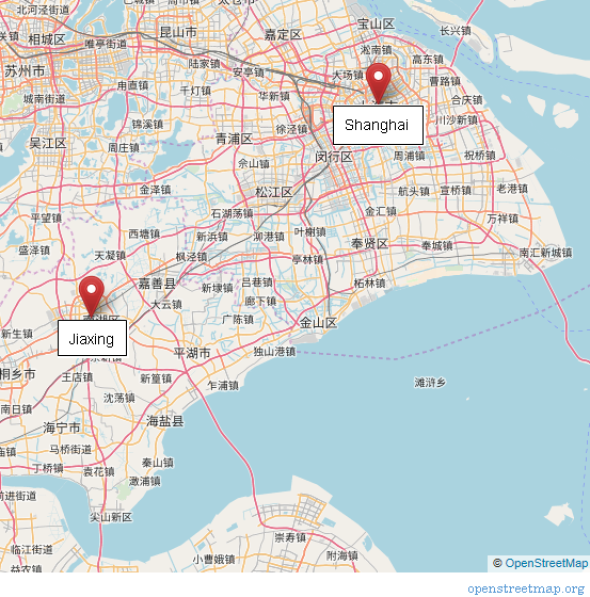 < Rendering of the Completed Project >