Marubeni Corporation (“Marubeni”), together with Korea Electric Power Corporation (“KEPCO”) on a 50%:50% shareholding ratio, have jointly received the notification of an award for the development of a project to construct, own and operate a 1,200MW (600MW x 2 units; 1,200,000 kW) coal-fired power plant for electricity sales to Vietnam Electricity Holding Company (“EVN”) in Nghi Son, Thanh Hoa province, in the central area of the Socialist Republic of Vietnam (the “Project”).

The Project was announced by the Ministry of Industry and Trade of Vietnam in 2008, and is the first international tender project for a large-scale coal-fired power project in Vietnam. Ongoing forward, Marubeni and KEPCO will proceed with the development of the Project by executing the relevant project agreements, originating finance with Japan Bank for International Cooperation and Export-Import Bank of Korea as major candidate lenders, constructing the power plant, and will sell electricity to EVN for a 25 year term from its target completion date of 2018.

The Project is envisaged to alleviate the steeply growing power demand in Vietnam, which is rapidly developing. The Project is considered as one of the most important projects in Vietnam’s Power Master Plan. The Project will be a pioneer project in Vietnam utilizing imported coal from outside of Vietnam, and applying supercritical technology, an efficient and environmentally-friendly power generating technology using high temperature and high pressure steam.

The Nghi Son area, the project site, is a booming industrial area. Marubeni is currently involved in the construction of the Nghi Son 1 coal-fired power plant (300MW x 2 units, total 600MW) at the site adjacent to the Project. Upon completion of the two power plants, Marubeni will contribute to the power supply with a total capacity of 1,800MW.

This Project will be the first project for Marubeni to participate in the IPP business in Vietnam. In addition to its records of supplying power plant facilities accounting for approximately 20% of Vietnam’s total generation capacity, starting with this Project, Marubeni intends to expand its IPP business in Vietnam, and take part in the development of the power generation facilities to support its economic growth.

Marubeni is the largest IPP player among Japanese developers. As of the end of December 2012, the total generation capacity of its world-wide IPP assets account for approximately 30,000MW (gross), or approximately 9,000MW (shareholding basis). According to its mid-term management plan SG-12, Marubeni places overseas I(W)PP business as one of its concentration fields. Until this year, as the last fiscal year of SG-12, Marubeni has been steadily building up its power assets of 10,000MW (shareholding basis). Marubeni will continue to aim for the acquisition and development of good standing power assets, and to contribute to the stable power supply in Asia and across the world. 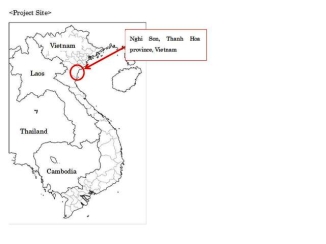